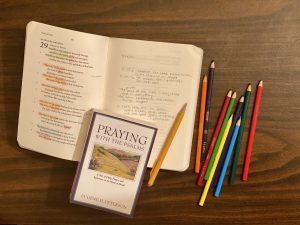 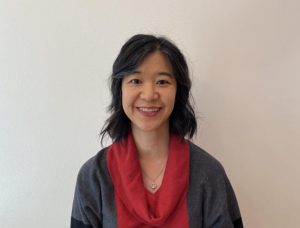 Confession: I don’t know how to pray very well. That might be surprising if you know how involved I am in various ministry and prayer activities at Lighthouse and the fact that I actually help organize our church’s monthly Prayer Gathering. Yes, I am fully convinced that prayer is not optional but foundational to my relationship with God. I do a “quiet time” most days and frequently pray short prayers as needs arise. But I just don’t do it well.

I would say my prayer life could best be described as “adequate.” I remember to thank God for what He has provided. I ask Him for help for myself and on behalf of others. But much of my prayer time has the quality of repetitively requesting things on a shopping list rather than talking, sharing, praising, or even pleading with someone I love. It feels surface, not deep. It doesn’t resemble the constant, fervent, wrestling in prayer of the apostles; it isn’t the pouring out of the soul like the psalmists. I’ve struggled with this a long time. In 2012 I wrote a blog post about how I was trying to grow in prayer, about how I was good at the “T” and “S” of the ACTS prayer acrostic (Adoration-Confession-Thanksgiving-Supplication), but my “A” and “C” needed work. But sadly, eight years later I haven’t made much progress. I’ve read books and tried different methods. I’ve occasionally fasted and gone on personal retreats. Still, an adequate prayer life was better than no prayer life, right? It worked well enough for everyday life…until mid-March this year when COVID-19 changed everyday life as we know it. Everything was crazy and out of control and I knew my adequate prayer life just wasn’t good enough. Adequate was no longer adequate.

All of us have a shared memory of the early days of the quarantine. Nothing on store shelves, not being able to see friends, restaurants and gyms closed, misinformation, uncertainty, chaos. Everything was changing and no one knew what would happen next or when it would end. The things I typically turned to in times of difficulty (hangouts, recreation, entertainment) were being stripped away, and this was scary. It wasn’t that I was totally freaking out but I was definitely unsettled. I wanted to be able to say, “Your grace is sufficient for me” with absolute conviction, but I wasn’t sure that I could with my whole heart. In my mind I knew that this was God, that He was allowing this pruning, that somehow all these things would turn out for His glory even though I didn’t understand it. By grace, God was revealing to me fractures that only He could fill. And in His unexpected means of grace, God was making available time to work on the things I always said I would when I had more time, no excuses. As confirmation, Pastor Kim exhorted us, “Don’t waste your quarantine.” I knew the time to move my prayer life beyond “adequate” was now or never.

I don’t mean prayer for the sake of prayer. But prayer that would draw me closer to God, that deepened my reliance, love, awe/fear of God, that led me to always turn to Him first instead of my usual habit of numbing myself with distractions and then maybe turning to Him later. I wanted to be like a “tree planted by streams of water,” not like “chaff that the wind drives away” (Psalm 1). I knew my relationship with God could only be as deep as my prayer life, and right now that wasn’t very deep. If my interactions with God were depicted as a human relationship, then my frequent tendency to lob quick prayer bombs at God asking Him to grant my requests might sound something like this: “Hi again, I need help with this and this, could you please do it? Oh and thanks for that thing yesterday that I forgot to say thanks about. You’re the best! And thank you for loving me and saving me for eternity. Sorry I’m kind of in a rush right now so no time to talk, but you know I love you, right? Maybe I’ll talk to you for five minutes tomorrow morning if I’m not doing something else. See ya!” Obviously this wouldn’t be acceptable for a human relationship, yet many of my interactions with God were not far from this. I needed to change.

By April when the “new normal” was starting to feel normal, I was ready to get to work. Here is my journey.

Stage I: A frenzy of effort (April and May)

I wasn’t quite sure how to get where I needed to go, so in desperation I decided to try everything I could think of and see what worked.

Six months and finally, a major breakthrough. By no means have I “made it.” But I am growing. In this season I’ve thought a lot about why “T” (Thanksgiving) and “S” (Supplication/asking for things) have never been difficult for me, while “A” (Adoration) and “C” (Confession) have been such a struggle. Part of it is sinful pride. Another part came to light when comparing the difference between thanksgiving and adoration: thanksgiving is about the things God has given while adoration is about who God is. I’ve realized my struggle is actually a manifestation of desiring the gifts more than the Giver. I know I’ve looked down at people who view God as a cosmic Santa Claus, and now I’ve made the shameful discovery that I am one of those people, more or less. When I see it this way, it makes perfect sense why Supplication and Thanksgiving have been easy for me while Adoration and Confession have been hard.

I look back at the way I struggled in the first four months and see that so much of it was me just trying to muscle my way through which is why a lot of it didn’t work. The first sparks of life came when I started praying the Psalter. I used to have a (sinfully individualistic) hangup about wanting to express adoration and praise using only my own words, but as Bonhoeffer said, “The richness of the Word of God ought to determine our prayer, not the poverty of our heart.”

I will continue to study/meditate/pray through the psalms, searching for facets of God’s character to uncover, admire, polish, enjoy, and hopefully share. What a shame it would be to continue life as an heiress not recognizing what a rich inheritance I had received! Mulling over attributes of God has also made me a better ambassador. (Ask me about how a mooncake led to me excitedly sharing about God for ten minutes!) I plan to revisit Paul’s prayers as well.

As to growing in confession, I’ve found the psalms occasionally lead me there too. I expect that growth in adoration may lead to growth in confession, but for now one focus at a time. It’s a marathon not a sprint, after all. By grace, what began as a season of loss and fear has become a much needed season of training, equipping me to continue that life long race.

“Consider it pure joy, my brothers, whenever you face trials of many kinds, because you know that the testing of your faith develops perseverance. Perseverance must finish its work so that you may be mature and complete, not lacking anything.” (James 1:2-4, NIV 1984)

Categories: Stories of Grace
Youth Bible Camp
Lifted Up: God’s Grace Through the Prayers of the Saints