In the fall of 1757 Jonathan Edwards, the pastor-theologian-teacher, was asked to assume the presidency of the College of New Jersey, now Princeton University. A few short months later, on March 22, 1758, he passed away. It seemed an untimely tragedy for man whose ministry and work could have been hugely influential at Princeton. George Marsden wrote some insightful words following the death of Jonathan Edwards: “Edwards spent his whole life preparing to die. That isn’t to say Edwards was an escapist, shirking earthly responsibilities for the sake of a heavenly ecstasy. It simply means he labored to redeem every minute of every day for the glory of his Lord and Savior and to ready his own soul for standing in his presence” (Jonathan Edwards: A Life, 490).

No matter what stage of life you’re in, I pray that this series is a helpful and hopeful reminder of how we can be Redeeming Every Minute for the glory of our Lord and Savior. Read part 1, part 2, or part 3 from previous posts.

Tonight, my off night, I watched the movie Real Steel, starring Hugh Jackman (a father) and a young pimple-free kid (the son), about robot-boxing-fighters. I’m not gonna lie, I almost cried. The last scene was epic: [Spoiler Alert] Hugh Jackman and his son sent their boxer robot (“Atom,” like “Adam” but more science-y) to fight the grand champion, appropriately named “Zeus”. In the final round of the fight, Atom was down and needed to shadow the father (a former boxer) to take down Zeus, the much bigger and faster and stronger robot. Atom was taking blow after blow, stuck in the corner with his fists up to protect his robotic face. The son kept yelling at his dad, “Do something! Hit him back! He’s going to die!” But his father, in the midst of the fight himself, kept replying, “wait for it, not yet! Not yet!” Finally, Zeus had tired (aka lost battery power), and that’s when Atom and the father went to work. It was a glorious sight seeing a smaller robot defeat a much bigger robot, Hugh Jackman punching the air, and tears of joy streaming down this kid’s cheek as he watched his dad. The small robot was beating the big robot! That’s when I almost cried because it was so touching. I guess you had to be there. 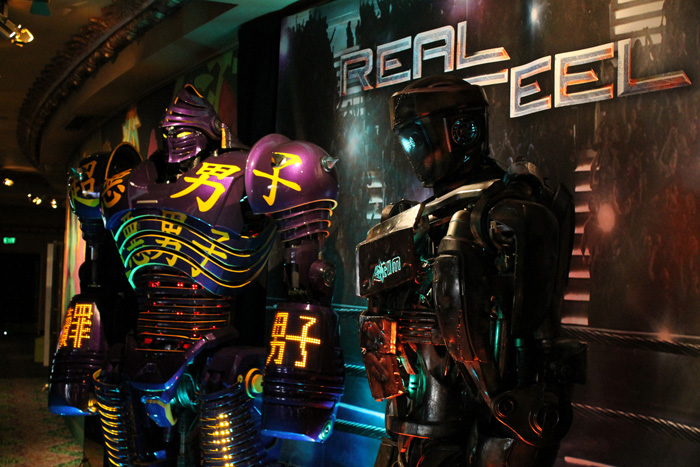 Watching the movie, I identified with that kid. Not because I’m pimple-free but because I just wanted Hugh Jackman to do something, to change the situation, to fight or die! The last thing I wanted him to do was wait, to be patient. It’s so grueling and uncomfortable to wait. If I were the kid, I’d be screaming the same thing at my father: do something!

At work, we’re often faced with our own sinful habits, uncomfortable decisions, or difficult work relationships and we impatiently demand a solution from our heavenly Father. Maybe we’ve been trying to share the Gospel with a friend, but their heart is still hardened and it’s created a chasm in the relationship. Maybe we often fall into gossip and hate ourselves for it. Maybe we have to make a decision about a job change that will affect our families and career path. We want God to fix it, to make things right again, to show us some mystical sign. Lord, give me relief from this situation! God, why am I going through this? Can’t you transform this person’s heart now? God, can you change my heart now? Can you just tell me what to do?

In our fast-paced society our timing is off, but in God’s economy he moves at exactly the right pace. Nothing our Lord does is too fast or too slow; in fact, his timing is always perfect. It’s on display in the Gospel, that our Lord is a timely Lord. Romans 5:6 says, “For while we were still weak, at the right time Christ died for the ungodly.” Why “at the right time”? Because our God is the God of time: he created it and he owns it. It’s a fact that we often forget. If God is timely in saving us from eternal condemnation, he will be timely to reveal his plan to us and transform our lives for his glory.

I’m reminded of this when I’m dealing with a difficult work situation, or a difficult coworker. As long as I am faithful to the Lord and obey his encouragements to me written in Scripture, I can trust that he has a plan in even the most difficult situation or decision. And even more important, I can trust that he has a plan to sanctify me through the most difficult trials. Though I might not see big, sweeping changes in my life it is the gradual shifts of sanctification that I can look forward to.

John Owen, one of the greatest European Reformed theologians, insightfully wrote, “The growth of trees and plants takes place so slowly that it is not easily seen. Daily we notice little change. But, in course of time, we see that a great change has taken place. So it is with grace. Sanctification is a progressive, lifelong work (Prov. 4:18). It is an amazing work of God’s grace and it is a work to be prayed for (Rom. 8:27).”

In the midst of difficult work situations remember that:

1.The Lord’s timing is always perfect. Pray to have faith in the Lord’s timing. Despite our thoughts otherwise, our Lord knows what he’s doing and will reveal his plan to us at exactly the right time. He was timely in saving us, and He will be timely in carrying and comforting us through any difficult situations.

2.The Lord gives unending grace those who are faithful to him. Pray for God’s grace and sanctified hearts. Through Christ we have been transformed and it’s not a one-time, one-moment deal. Sanctification is only possible through God’s grace and is a lifelong pursuit that is worth the wait. 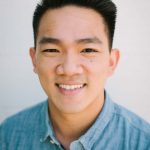 Brian Chang serves in Lighthouse’s discipleship ministry. His passion is to help deepen believers’ conviction and understanding of their beliefs. He is grateful for the humble examples displayed by the church family, as well as their patience with his many flaws (especially when it comes to taste in food). In his free time, Brian enjoys reading about church history, writing book reviews, playing basketball, and working on bicycles.