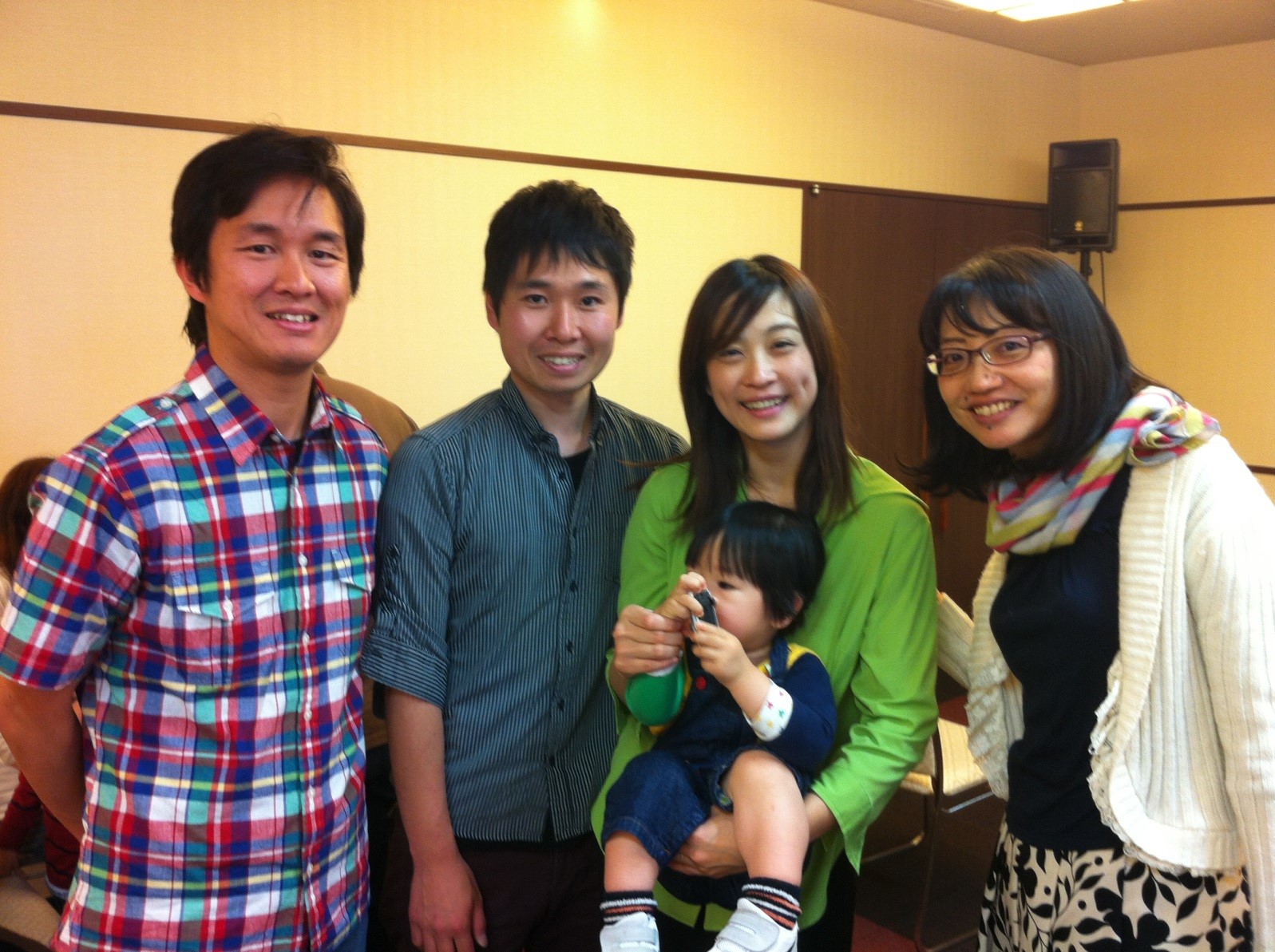 Japan Counseling Trip with Pastor Kim and Pastor Gavin was a huge blessing for me. Before I went to Japan, I had only two more months of internship left at Lighthouse, so I thought I wanted to learn as much as I could at Lighthouse. I know Nagoya very well because I graduated from the seminary in Nagoya, so I thought I might be able to learn more if I stayed at Lighthouse instead of going to Japan. But I experienced much more grace in Nagoya than I expected.

God gave me an opportunity to see how strongly God was working in Japan. Colossians 1:13 says, “He has delivered us from the domain of darkness and transferred us to the kingdom of his beloved Son.” Since I moved to the US, I’ve heard many times that Japan was spiritually dark. The history of Christianity in Japan is over 150 years, but the percentage of evangelical Christians in Japan is only 0.3%.Most of Christian churches in Japan are very small. So, it is true that there is spiritual darkness in Japan, but as Japanese, those words made me feel hopeless for ministries in Japan.

I went back to my home country, but I felt like I was a visitor because I had been away from Japan for 8 months. I saw many of my friends, and at the same time I met a lot of new people. Through meeting Christians in Japan, God was showing me that He was using them strongly to enlarge His kingdom in Japan. Also, through meeting non-believers, God was showing me that He really loved them and He was working in them to transform their hearts. Through these experiences God changed my small hope for Japan to a big hope. This is because of the truth as in Colossians 1:13, “He has delivered us from the domain of darkness and transferred us to the kingdom of his beloved Son.”

One of the non-believers I saw in Japan was a lady who attended the Japanese Christianity Explored class I help lead at Rolling Hills Covenant Church. She had never been to a Christian church in Japan, but she knocked on the door of Rolling Hills Covenant Church after moving to the South Bay. She kept on attending the class but she had to go back to Nagoya last April because of her husband’s business. God gave her a heart to keep attending church in Japan. And I was able to see her again at church in Japan! I was so glad I was able to meet her husband, too. These meetings were precious presents from God. I’d like to learn more and grow at Lighthouse and I also had a little fear to go back to Japan, but God changed my heart and I am excited to go back to Japan and see how God will use what I have learned at Lighthouse. This trip was really meaningful for me.

And through this trip, I made a decision about my future. After I go back to Japan, I am going to serve at All Nations Fellowship (Church) in Nagoya area as a church planting apprentice. This church is a bilingual church. Originally, there were more foreigners, but these days Japanese congregation has become bigger and they needed a Japanese pastor. My responsibility is going to be preaching and spiritual care for people. So I am an apprentice but technically I am going to serve as a leader. I am nervous to serve as a leader, but I hope to work for God’s glory by building a gospel-centered church using what I have learned in Lighthouse.

Hideyuki is a full-time pastoral intern with Lighthouse Community Church. After graduating from Christ Bible Seminary in Nagoya, Japan, Hide, his wife Yasuyo, and his son joined our church family for a year-long internship to be trained in preaching and biblical counseling. Lighthouse has been blessed by his humble service and joyful attitude.