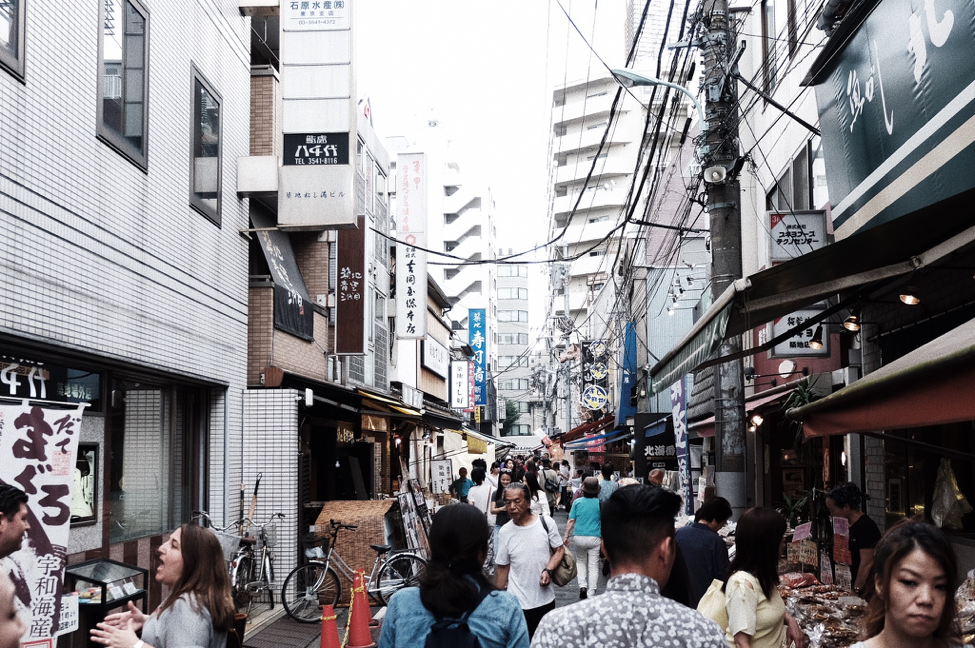 Pastor Eric here. I’ve been asked to chronicle our trip in Nagoya, Japan (pronounced NA-go-ya). The problem is, I’m already two days late on the blog, so that gives you an idea of what kind of blogger I am haha. I tried pawning it off to Daichi, but he had already started watching John Wick 2 on the plane (it’s not even good).

First of all, a big thank you to Lighthouse—thank you for your support and your prayers. We truly feel enabled and emboldened to serve Jesus and the people that he loves.

At the time of this writing, it’s 5:30pm in Nagoya. Everyone right now is working up a furor as we’re wrapping up final preparations for our 5-day Vacation Bible School program for mainly unchurched children and mothers. It’s akin to staying up all night studying for a final, but you know what? #NBD

But before I talk about that, I need to catch you all up to speed on some other information.

First of all, this is our team!

Starting with our left is Cindy Kobayashi. She likes marine animals and has excellent hand writing, so, naturally, she’s in charge of crafts.

Next is Mark Kato. He’s our team leader. But little known facts: He’s a judo expert and he is shockingly good at tracing letters. I found that out 5 minutes ago. The dude also loves miso katsu (coming up on blog numero two); he started talking about it 10 minutes into the flight.

Next to that charming and pork-loving guy is me. I’m inarguably the most dispensable person on the team. I’m in charge of recreational games and, for those who know me, I’m a one-trick pony kind of a guy. So yeah, we’re only doing freeze tag. Sorry kiddos.

The person adjacent to me is Megan, my wife. She’s my best friend and also Lighthouse’s administrator and also in charge of the 15-something preschoolers attending our VBS. Pray for us!

On the bottom is Joy Tsuruta. She’s an excellent chef (she makes a bomb lobster bisque) and, as such, she’s in charge of running our snacks for the children and the moms.

Moving to the top right is Daichi Tsuruta, Joy’s husband. He likes long walks on the beach and back cracks (giving and receiving) and he also has the vocal range of Chris Tomlin. He’s leading worship with Mark! #Tomlinrange

And to our far right is Jen Shida. She loves to go running and also has impeccable hand writing. She’ll be serving and taking care of the lessons for the children.

So that’s the team!

Now, why, of all places, Japan, and why Nagoya, and how does this VBS fit into the convictions that Lighthouse has for Japan?

Well, for some context, Japan is inhabited by roughly 126 million people. Japan is an intelligentsia of creativity and beauty that holds an influential seat at the world cultural table. Yet at the same time, Japan is one of the most unreached places in the world. Less than 1% of Japanese people are evangelical Christians and 95% of the total population live and die without ever hearing the gospel.

Japan is a highly successful place—a place that seems to have reached apexes comparable to the tower of Babel. But this is no indication that the people here are totally satisfied or fulfilled. While suicide rates have fallen since 2016, about 21,000 people commit suicide every year. Causes of death are many, but the reasons that stand out for me are the ones that have to do with other people. People either isolate themselves from others or compare themselves with others. And let’s be real here—these are problems and experiences that aren’t unique to Japanese people. I struggle with those things myself.

So where does Lighthouse come in? Well, for one, I don’t think Lighthouse seeks to change the culture of Japan. A common perception that I hear of missionaries in Japan is that missionaries believe their way is the right way as if Japanese people don’t know better. This is a bit of an oversimplification, but I don’t think this perception is totally unfounded. Lighthouse’s way isn’t better; however, Lighthouse has observed that beneath the shallow veneer of success, wealth, and cultural expectations of honor-shame lies a kind of hollowness that haunts the Japanese people.

This is why, even through the smallest of seeds of something like a VBS, the leadership at Lighthouse believes that they can support the Japanese Church—not to supplant, but to support.

We chose Nagoya, because Lighthouse has a partnership there with a local church called, ‘All Nations Fellowship’ (hereafter abbreviated as ‘ANF’). And also because our favorite intern, Hide Kawai, is a church planting apprentice there. We believe this is strategic, because Nagoya is the third most populous city in Japan, coming in at around 3 million people (that’s a population density of 7,000 per square kilometer! Los Angeles needs to learn from Japanese urban planners!).

Cities matter, because God cares about them. The author of Hebrews tells us that Abraham looked forward to a city, whose architect and builder is God (Heb. 11:10). Similarly, in Revelation 21 and 22 the apostle John informs us that the new heavens and new earth will be a city with a center square. Authors Roger Greenway and Timothy Monsma write, “The world to come, Scripture teaches, will be an urban world. The redemption drama that began in a garden will end in a city, the new Jerusalem. Heaven’s citizens will be urbanites. Drawn by bonds of grace from all races, nations, and language groups, new-city citizens will live together in perfect harmony as God’s redeemed people, his new covenant community.”

So…I need to wrap this up. We’re doing a VBS, because the opportunity came up and we just carpe diem’d it. Just kidding. Actually, not really. Ask Pastor Gavin for more information on the conception of a VBS in Japan. But what’s really important is that there are 63 children coming to the VBS and most of them are unchurched. We even had to turn some people away. We’re a little nervous, but we’re all really excited to do some gospel ministry.

This concludes the first (hopefully of many if I’m not lazy) blog! More to come!

For now, here are a few of our prayer requests:

1. Logistics & flexibility
The site of the VBS isn’t like Lighthouse. It’s a public facility that’s occupied by other people, so it’s not like we can treat it like it’s our own building. We had originally planned to do some snacks in the kitchen at the facility, but on the day before we left, we were told that we were no longer able to use it. It also might be raining and I was planning on having our games outside! Freeze tag indoors it is!

2. Kids and the families
Tomorrow is the first day of the VBS, so we haven’t met the kids yet! Please pray for their salvation and that God would break through unbelief.

3. Support for ANF
Again, we want to support ANF, not supplant them. Pray that we would have tangible ways of helping them (other than the VBS).

4. Physical and spiritual health
Some of us are getting killed by mosquitos! Just kidding. But please pray for health, but more importantly, please pray for right hearts and good attitudes J

That’s it! Thanks for reading!